I woke up this morning to jitters and my digestive system waging war on me. My mom made my favorite breakfast (upma) and a cup of chai, and we were off.

Even though it’s a Monday, both of my parents and my younger brother accompanied me to the airport, where I was pat down by TSA for the first time in my life. I must’ve looked terrified because they kept feeling the need to reassure me that there was nothing to worry about. The experience was every bit as awkward as I imagined it to be, but they were just doing their job. My family was allowed to walk with me all the way to the gate, and I met three other NSLI-Y participants who also live in the DFW area. My mother tried (unsuccessfully) to hold back tears as I boarded. It is an understatement to just say that I will miss her and the rest of my family these next six weeks.

And I know no one’s asking, but my flight to Seattle was alright. It was four hours long and filled with vocal children, and I had the pleasure of sitting next to an adorable baby. On my other side was a kind older gentleman who put my carryon in the overhead compartment for me. I then helped him peel a banana.

I made several attempts to read one of the books on Korean politics our RD recommended, but I ended up staring off into space and going through a Korean phrase book for travelers the majority of the flight.

I was delighted to finally meet others from my program at the University of Washington, which has the most beautiful library I’ve ever seen. We all had dinner together and did some icebreakers, but the real icebreaker was a game of Cards Against Humanity that Ashley had the sense to bring with her. 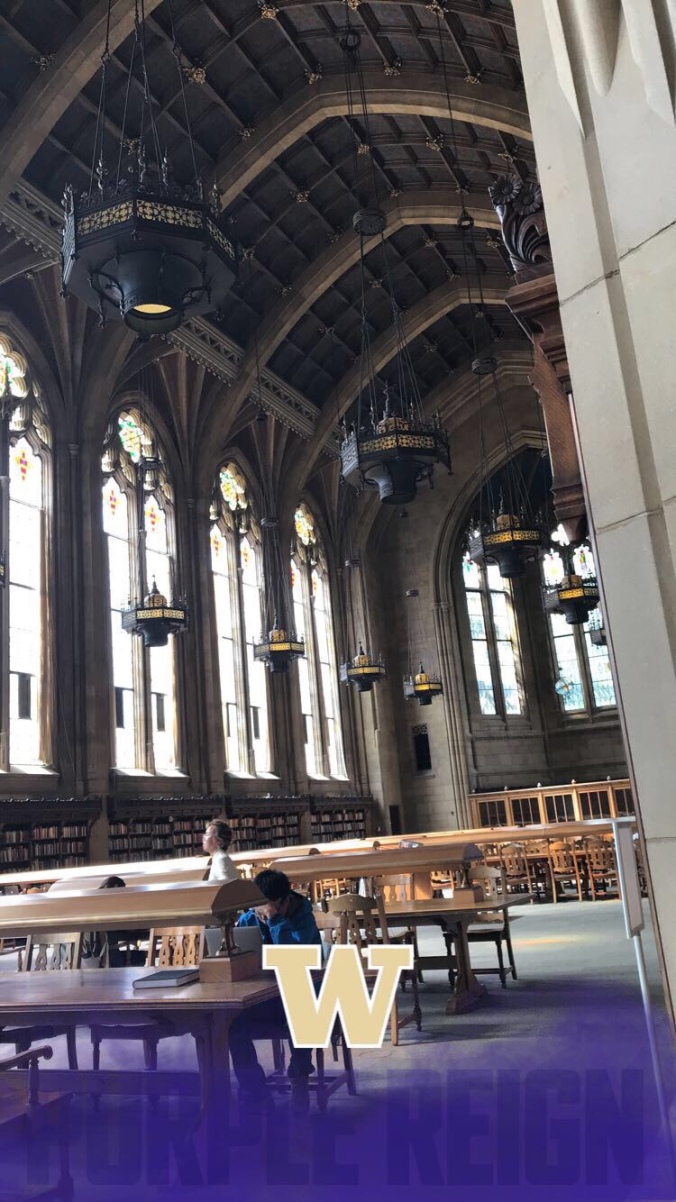 I’m a bit tired, so I’ll just call it a day for now. Tomorrow’s a bunch of presentations!

I’m Shreya, a language lover focused on learning Japanese, Korean, and Mandarin. This blog is a place for my thoughts on language and life as well as some travel memories.